The cooperation of a machine builder and a safety expert can turn even the oldest machine tool into a modern test device! 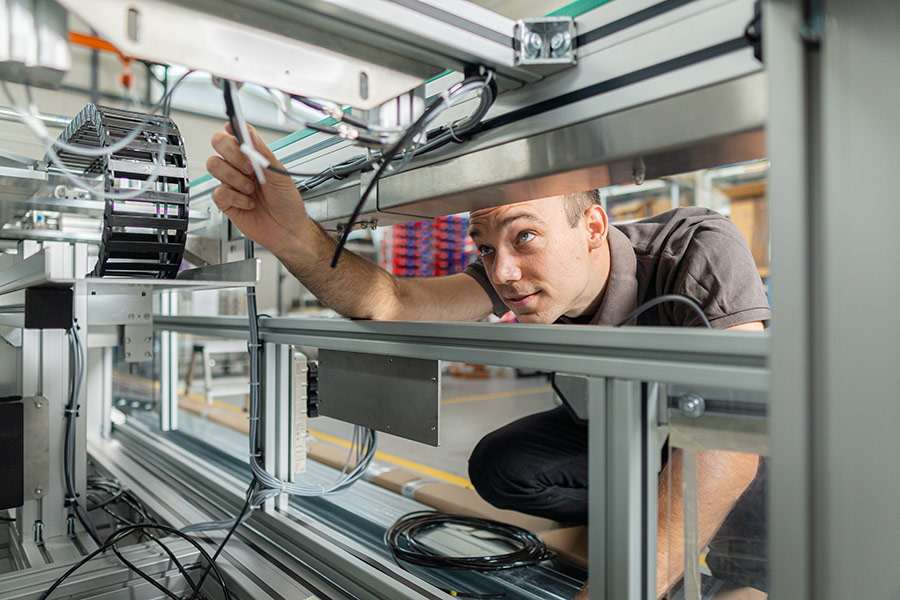 In machine manufacturing, safety cannot be ignored in addition to speed and efficiency. This largely depends on the design concept of the machine, but small things like an improperly fitting part or incorrect positioning within the machine also play a role. Complete safety can therefore be guaranteed by the cooperation of a competent machine manufacturer and a safety technology expert.

What task was the now modernized equipment initially built for?

The target machine in question, a hydraulic steering servo test device built in 1987, is currently owned by a domestic TIER-1 automotive supplier but is considered a real-world traveler. It was initially put into operation in Germany, then transported to Russia, from where it was brought to Hungary last year.

In over three decades, quite a few creases may have been sewn on the machine.

The original task of the equipment, it tested steering servos manufactured for trucks and buses. In the 80s, the testing process was still dreamed up with analogy instruments, which were updated in the 2000s with a modern computerized measurement system and the installation of separate measurement points. We have been in a business relationship with the customer since 2018, and we were entrusted with the modernization of the test equipment in 2021.

How did you win the assignment?

Auware Engineering Kft. mainly specializes in writing and maintaining PC- and PLC-based industrial software. We also offer to construct new machines and renovate production equipment. We initially performed equipment maintenance for the automotive supplier, but it was also known before them that we also dealt with modernization. Several companies were contacted for the task, including the original German manufacturer of the machine, who did not go out of their way to undertake the renovation of the equipment. Our offer was the most attractive, thanks to which the work could start in August 2021, which has now been completed, apart from a few minor details.

What did the modernization of the machine consist of?

We had to make the equipment CE-compliant because this was not a consideration during operation in Russia. For the machine to comply with the current standards, we asked for the help of Euchner, who compiled the list of deviations and the risk assessment to achieve CE conformity. We ultimately replaced the control cabinet equipment and installed modern safety technology elements. Euchner controlled what interventions were needed and then performed the validation of the safety program.

Euchner primarily deals with the distribution of industrial safety equipment, but we have supplemented this with safety engineering, accident prevention, and EC conformity assessment services. Our partners can be end users or machine manufacturers with whom we have been in contact since the beginning. Depending on when we are involved in the projects, we can also participate in the design tasks of the equipment. Safety devices are key machine components, the selection of which is mainly decided by the end users. We are happy if Euchner products are included in the machine, but the service provider is independent of this. The Euchner MSC safety controller was finally installed in the machine.

We need to separate sales and service and ensure that our service is brand independent. Launching a complete machine safety service line was the first time within the company group in Hungary.

How did the work go?

The machine was disassembled and rebuilt at the customer’s site so quickly that the equipment was not put into operation. The other production lines did not have to be stopped during the work, so production continued uninterrupted. A few surprises hit us during our careers. For example, there were three hydraulic machine units with rather loud pumps on the back of the machine. The customer would have originally insulated the tanks to reduce noise emissions but instead placed them in a closed enclosure. The only problem with this was that we replaced the drives initially designed to withstand an operating temperature of 60 ℃ with ones of 50 ℃, saying that the equipment would operate in an air-conditioned room. But the survival of the shoot could no longer be guaranteed when enclosed in a tank heated to 50 ℃, so we installed a thermal protection system.

Digitization step by step, with the help of retrofit!